While somewhat controversial, the Common Core State Standards have been adopted by a vast majority of the states in the country and receive generally high marks from teachers.

Their focus on the “big ideas”, critical thinking skills, and making cross-subject connections will help prepare our students for living in the 21st century, but, the standards are very intimidating! 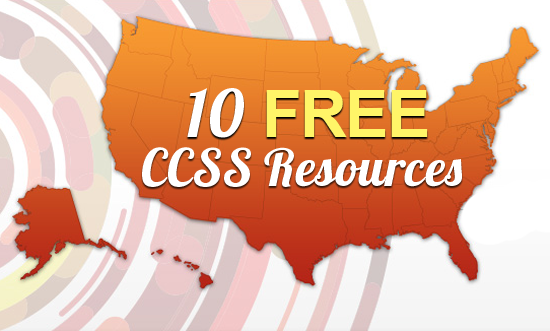 These 10 Common Core Standards resources will help you make sense of and integrate the new standards into your lessons.

So, without any further adu:

1. Implementation and Self-Assessment Rubric
This 40-plus page document is designed to support the continuous improvement of implementing the new state standards. It will help you stay one step ahead of the suggestions that will come down from state leadership.

2. Online Common Core Resources by Pearson
Pearson’s compilation of resources on how to fund the initiative, prepare for instructional shifts, and to help students meet (and exceed!) the more rigorous expectations.

5. P21 Common Core Toolkit
A free downloadable guide for aligning the Common Core State Standards with the framework for 21st century skills. You can also purchase hard copies of the guide right on this website.

6. Framework for 21st Century Learning
This framework for 21st century skills is meant to be used with the P21 Common Core Toolkit and serves as a description of student outcomes and support systems.

7. Hunt Institute’s YouTube Channel
Dozens of instructional videos on how to use the Common Core State Standards.

So, there you have it! I hope you found something useful. Please don’t forget to “like” my Facebook page in the top-right of your screen or sign up to receive my FREE newsletter!

What Common Core resources have you found on the internet? Feel free to share them with us in the comment section below!

This Battleship PowerPoint template can be used to review with your class before big tests and exams! It’s SUPER cool because it requires a little bit of strategy to win, but, it’s probably the most complex PowerPoint game template that I’ve created. 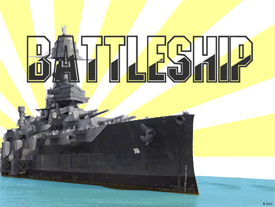 While easy to use, I don’t recommend it for teachers who aren’t familiar with PowerPoint’s basic animation functions.

I’ve included the instructions directly from the PowerPoint file below so that you can get an idea of how it works.

1. Come up with 32 review questions and answers.

2. Type the questions into the “Type review question here.” text boxes on slides 3-34. One question per slide.

3. Keep a list of the questions and answers with you, so you know what the answers are (just in case you get caught off-guard). 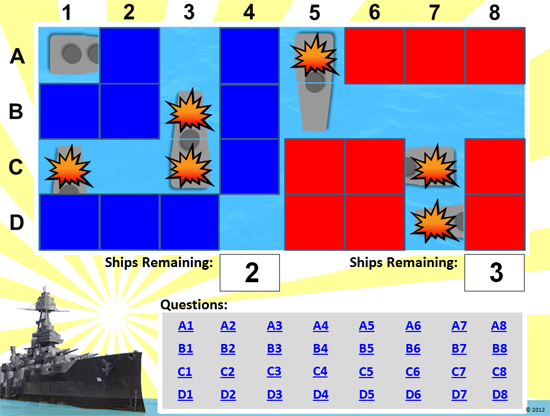 1. Divide your class into two even teams. It’s fun to do boys vs. girls if the numbers are roughly equal!

3. Choose which team will go first. I like to flip a coin.

4. Have the first team select which square they want to attack. Then, click on their selection in the gray “Questions” box. This will take you to the question that corresponds with that square.

5. Read the group the question. Give them 1 minute to discuss and provide an answer.

6. If the answer they provide is correct, click on the “Return to Board” box. Then, click on the box that they selected. IF there is part of a ship behind that box, you can click on the ship and a bomb will explode on it. After the box has been clicked and the ship has been bombed (if applicable), their turn is over and the other team gets to go.

NOTE: If both parts of a ship have been destroyed, you can reduce the number of ships remaining in the “Ships Remaining” text box.

7. If the answer they provide is incorrect, click on the “Return to Board” box. Their turn is now over and the other team gets to go.

8. The game continues until one team has successfully destroyed all three of their opponents ships.

1. If you intend to use this template multiple times with the same class, it’s easy for them to remember where the ships (and bombs) are, so, you’ll need to move them around.

3. I suggest that you select all of the red and blue boxes (at the same time) and use the “cut” and “paste” function to move them to another slide. This will allow you to keep them all together. You can create an entirely new slide at the end of the PowerPoint and then delete it when you’re done making changes.

4. After you’ve moved the red and blue boxes, you can move the ships (and bombs) where you want them on the game board. Each half of the board should have three ships. Make sure you keep the ships and bombs that are stacked on top of each other together.

NOTE: Each of the ships are separated into two halves so that when you click on them during gameplay, both of the bombs do not go off. Each half of the ship is a button, essentially.

5. After you’ve moved the ships (and bombs) to where you want them to be, “cut” and “paste” the red and blue squares back on top of the board.

6. When you’ve made these changes, try playing the game to make sure they work correctly. Don’t forget to delete the extra slide at the end of the presentation (if you made one).

If you’re ready to play this game with your class, get it here!

My Store on TpT

Thanks for checking out my blog! I hope you come back and visit!
Visitors since April 27, 2013: